Below is the third quarter attribution analysis for the Fund’s NAV return relative to its benchmark index:*

The Fund invests exclusively in pre-merger SPACs because that is the only time in a SPAC’s life in which it behaves as a bond. In fact, SPAX remains the only ETF that has specifically hard-coded into its prospectus that it must not hold any SPACs after the completion of a merger. The intent of the Fund is to provide a higher yielding and less volatile alternative to traditional fixed income and/or absolute return strategies.

We started the third quarter with 430 SPACs looking for a merger partner. In addition, there were another 300 sponsors looking to go public with a SPAC IPO (i.e., they had submitted an S-1 Filing with the SEC). Over the course of the quarter there were 61 merger announcements, which was good news for pre-merger SPAC investors. Unfortunately, 89 of those previously filed S-1 sponsors decided to go public with their SPACs during the quarter.

In a market already trading at a discount due to more supply than demand, any new offering needs to be priced at least as attractively as the existing market. As a result, most of the new SPAC IPOs issued in Q3 had shorter maturities (rather than the typical 24 months, most of the new ones had 12-18 month maturities), offered at discounts (the SPAC sponsor added 10-20 cents to the Trust value, meaning a $10 investment was redeemable in 12-18 months for $10.10 or $10.20); and, most of the new SPAC units came to market with ½ to 1 warrant (a 5-year call option that entitles the holder to acquire additional shares at an $11.50 price) attached (historically SPAC units had, on average, 1/3 warrant attached). In short, the more attractive terms offered by the new issues caused the existing secondary market of SPACs to take a leg down in order to remain competitive.

The underlying pre-merger SPAC market appeared to hit bottom toward the end of August. At that point the pre-merger SPAC index (a proprietary index we maintain that tracks all domestic publicly traded SPACs from their inception to their redemption) was down 1.6% QTD; it rallied more than 0.9% through the end of the quarter from that bottom to end the quarter down 0.67%. Our fund benefitted meaningfully through a higher participation rate in merger announcements. Specifically, roughly 1 in 7 of the overall pre-merger SPAC universe announced a merger transaction during the quarter—our fund had 1 in 6 announce mergers. Typically, pre-merger SPACs experience a price pop on a merger announcement; and, they also experience large volume days which allow us to monetize those price pops.

TOP 5 REASONS WE BELIEVE NOW IS THE TIME FOR SPAX

** S&P ratings represent Standard & Poor’s opinion on the general creditworthiness of a debtor, or the creditworthiness of a debtor with respect to a particular debt security or other financial obligation. Ratings are used to evaluate the likelihood a debt will be repaid and range from AAA (excellent capacity to meet financial obligations) to D (in default). In limited situations when the rating agency has not issued a formal rating, the security is classified as non-rated (NR). 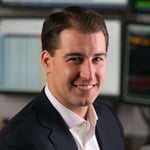 Jon Browne is the Portfolio Manager and member of the investment management team at Robinson Capital. He jointly oversees the day-to-day management of the Robinson Funds, including its investment strategies and processes, risk management, regulatory compliance, asset allocation modeling, external manager due diligence and selection, and trading. He is also responsible for overseeing the continued growth and advancement of the firm’s CEF and SPAC research efforts, which includes managing Robinson Capital’s proprietary valuation systems. 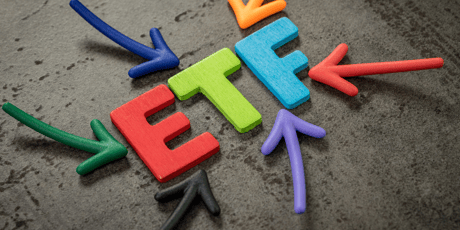 Are ETFs the Ultimate SPAC Wrapper

At the time of this writing, there were over 400 SPACs searching for merger targetsThe amount of...